What is roller derby?

The game is played in two 30-minute halves, which is split into two-minute periods, called jams. There are two teams competing, each with a roster of up to 15 players. Helmets, elbow and knee pads, wrist guards and mouth guards are a must when playing roller derby.

At the start of each jam, the teams send out five players, four blockers and one jammer (point scorer), unless they have a player/s sitting in the penalty box. The blockers form a pack, whilst the jammer must skate through the pack using speed, agility and fancy footwork to score a point for each opponent they pass.

So how do the blockers stop them? With shoulders, hips and booty! Elbows, tripping, blocking or overtaking while out of bounds will earn a player a 30 second stint in the penalty box. As you can imagine, it’s a pretty action-packed game.

At the end of each jam there is a 30 second break and then it all starts all over again!

Roller Derby first began in Chicago, USA in 1935. Created and founded by Leo Seltzer, Roller Derby was intended as competition for dance-offs, which were popular at the time. The first ever Roller Derby bout was actually an endurance race and was not intended as a contact sport, but a sportswriter named Damon Runyon noticed that when the skaters collided the audience loved it and he suggested to Seltzer that changing the way the game was played could increase audience attendance. This is just what Seltzer did, and Derby evolved into the sport it is now recognised as.

Roller Derby’s popularity grew during the 1940s right through to the 1970s and gained a reputation for being rough and aggressive. Players and teams also developed famously intense rivalries. By the 80s, theatrical elements were devised similar to professional wrestling, and eventually the public interest waned. However, classic Roller Derby never completely disappeared. A few teams remained active after the sport’s decline, and some leagues formed to keep the traditional co-ed format alive.

Today, the sudden explosion in roller derby’s popularity has centred on women only leagues using a flat track. The first of these leagues formed in Austin, Texas in 2001. Since then it seems a new league is forming every couple of weeks somewhere else in the world! Women’s Flat Track Roller Derby is indeed one of the fastest growing sports on the planet! 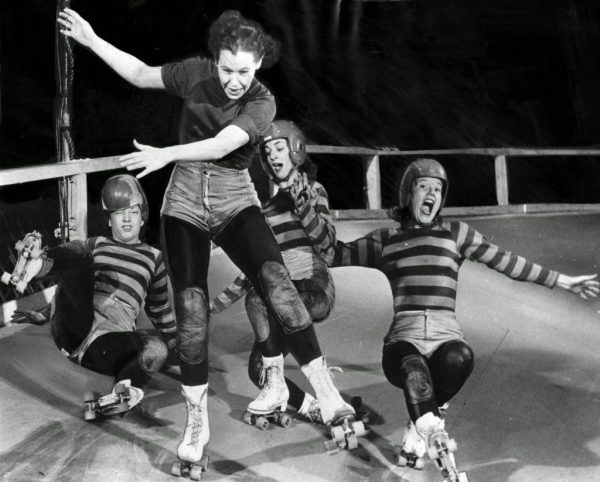 Roller Derby is evolving and growing, and chances are there is a league in your closest major city. Most current leagues play on a flat track, and adopt the rules of the USA governing body – the Womens Flat Track Derby Association (WFTDA). Leagues usually have at least two teams that compete in public bouts, which can attract massive crowds of up to four thousand. Recently in Australia leagues have starting taking their best players and forming all star travel teams to compete against other leagues. 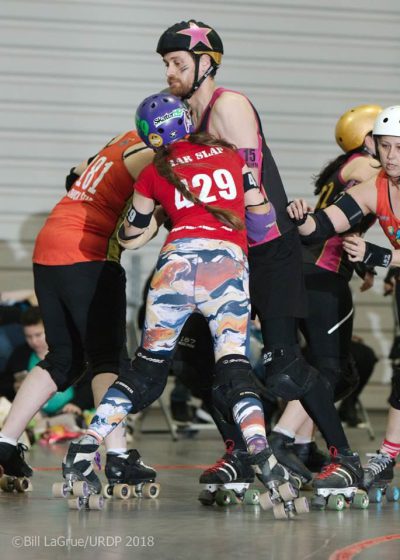 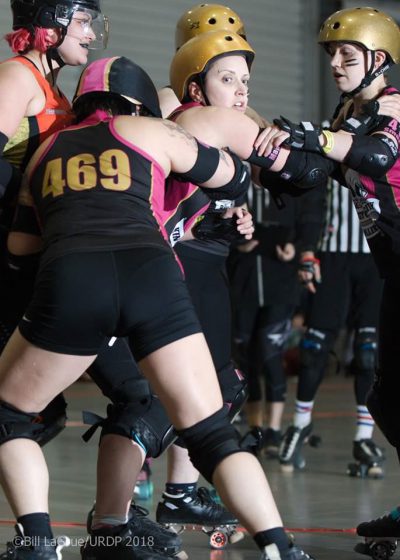 Kingston City Rollers play on the land of the Bunurong people of the Kulin nation.
We pay our respects to elders past, present and emerging, and we recognise that sovereignty was never ceded.
Kingston City Rollers is a safe and inclusive space for LGBTIQ+ people. We welcome and respect all nationalities, religions, gender identities and sexualities.